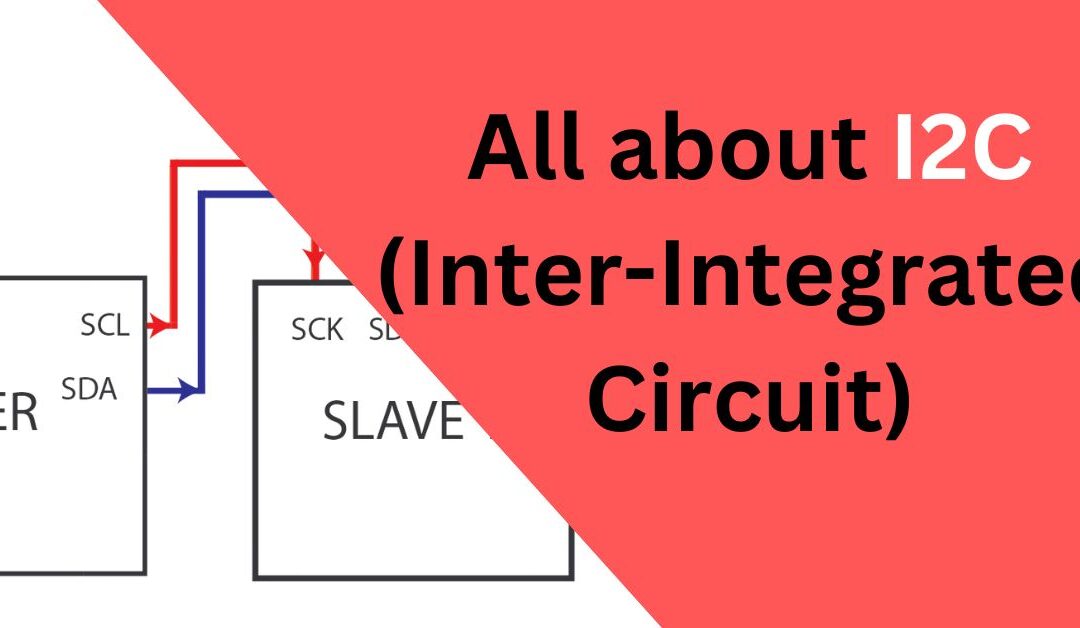 The I2C protocol was designed in 1980 by Philips Semiconductor. It is a master-slave communication in which we can connect and control multiple slaves from a single master in which each slave device has a particular address.

The I2C protocol supports various data rates according to versions ranging from 100 Kbps, 400 Kbps, 1 Mbps to 3.4 Mbps. It is a widely used protocol in recent times for short-distance communication. It is also known as the Two Wired Interface(TWI).

It was designed for overcoming the issues of transmitting data with the help of UART or Universal asynchronous Receiver Transmitter and Serial Peripheral Interface or SPI. The UART is an asynchronous transmission protocol while the I2C is a synchronous protocol.

The I2C protocol uses two cables for communication in which one cable is used for the clock (SCL) and another cable is used for data (SDA). These two cables are required to pull up with a resistor for + Vdd. It can be used to link two I2C buses with different voltages. Practical use in this arduino based projects.

Each data bit is transferred on the SDA line and is synchronized by a high to the low pulse of each clock on the SCL line.

Start and Stop conditions are generated by changing the level of SDA and keeping the SCL line high.

The Read/Write bit is used to determine whether the master is sending the data or receiving the data.

The ACK bit is sent to the sender by the receiver If the data frame is received successfully.

This bit is used to determine the slave with which the master wants to communicate.

The address of the slave with which the master wants to communicate is sent by the master to every slave connected with it, then the slave compares its own address with this address and sends ACK accordingly.

The data is transferred in the form of frames or blocks in the I2C communication protocol.

It can be configured in a multi-master communication environment.

It is possible to stretch the clock when the slave device is not ready to accept more data. This can be accomplished by holding the SCL line low, hence disabling the master to raise the clock line. Now the master will not be able to raise the clock line because the wires are AND wired and it will wait until the slave releases the SCL line to determine that it is ready to transfer the next bit.

The I2C protocol supports the multi-master bus system but no more than one bus can be used simultaneously.

The SDA and SCL pins are monitored by the masters. If the SDA pin is found high when it was supposed to be low then it will be noted as another master is active and using the bus. Hence it stops the transfer of data.

The I2C communication protocol is ideal for those applications which require less costly and easy implementation rather than high-speed transmission.

Some of the applications of the I2C communication protocol are as follows:-

The most Significant Bit (MSB) is transferred first. It can be a device address, register address, or data written to or read from a slave. for more

The I2C communication protocol can be sped up to 3.4Mbps, though 400kHz is usually sufficient.

Voltages used are +5 V or +3.3 V, but systems with other voltages are also permitted.