How to overclock raspberry pi 4 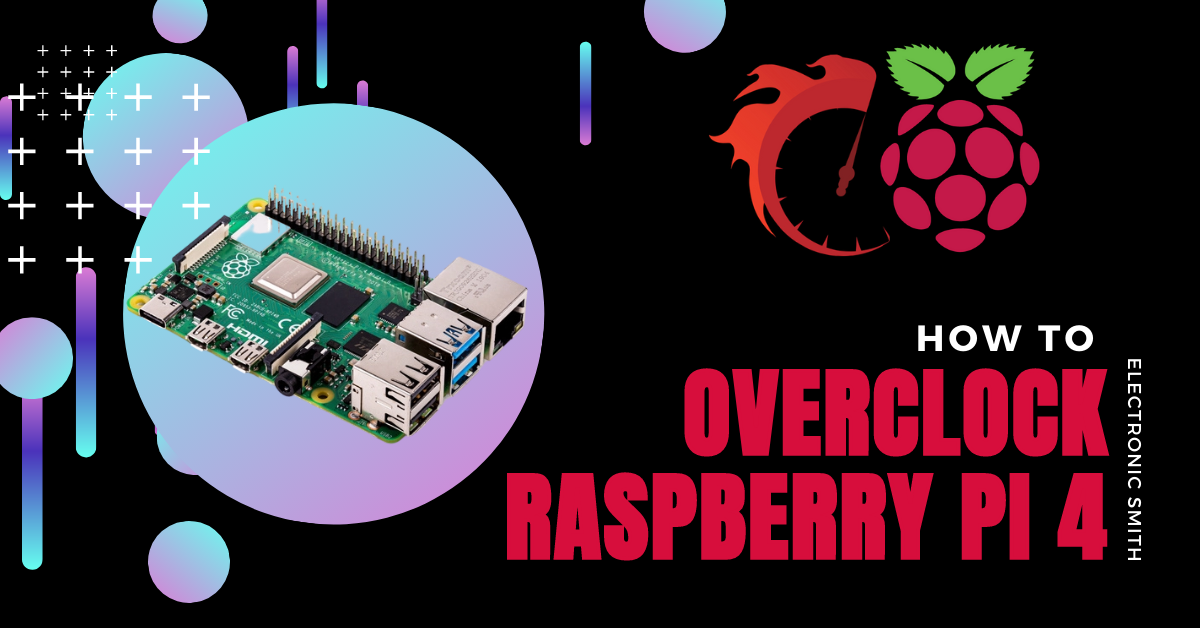 An ARM Cortex-A72 CPU is the heart of Raspberry Pi 4 that runs at a maximum clock speed of 1.5 GHz. It is the kind of an electronic pulse that syncs the other components of the processor. It updates every second for 1.5 billion times and has the capacity to do a lot more.

In this column, we’ll tell you, how to overclock Pi 4.

To start with it, let’s know what will be the requirements to overclock Pi 4.

Caution- The microSD card may get damaged, so ensure not to risk any of your personal data.

STEP-1 Use a Pi 4 Stand
We’ll start by placing the Raspberry Pi 4 board in the vertical position so that the board will not heat up and will be protected further. To do so, use a stand for keeping it in the standing position.
It is suggested to use the print edition of The MagPi issue 90 to run Pi in the vertical position. A 3D print or laser cut can be used alternatively if you do not have a Pi stand with you.

Also, do not forget to keep the Raspberry Pi in the case design to manage the temperature of its CPU.

STEP-2 Update Raspberry Pi 4
The updated version of Raspbian Operating System is important to turn out the process. So, open the terminal & enter the command given below-

And then, to reboot the system, enter this command and it will restart the Raspbian automatically.

STEP-3 Watch the Speed
Now, check the base speed of your CPU and to do so enter the below-mentioned command in the terminal-

The terminal will let you know about the default speed of the CPU, which will come around 600000, divide it by 1000 and 600MHz will be your base speed. Low voltage or over-temperature may show the lower speed of the CPU. Enter the following command to check the actual speed-

It will show you the actual speed, by entering the vcgencmd to the terminal, the speed will be monitored every second and show you the rise up in the speed.

After keeping it in the process, start working on the Raspberry Pi and gradually you’ll see an increase in the speed (will go beyond 1.5GHz).

STEP-4 Overclock Your Configuration
It’s time to use config.txt.file that will let us set an upper limit for the frequency of the clock. Enter the command in another terminal window- sudo nano /boot/config.txt

Then, scroll down to the section marked as-

Now, change the settings to-

To save the file, press CTRL+O (press return) and use CTRL+X to exit Nano.

Now, start the Raspberry Pi to do so, type

When the system will reboot, look at vcgendcmd to see the speed (faster than before), type the command-

STEP-5 overclock raspberry pi 4
While reaching the speed of 1.75 GHz, try to hit another number by cranking the Raspberry Pi 4’s CPU speed a little up to 2 GHz. Then, we’ll edit the config.txt by changing the setting to 6. Enter the below command to do so-

Again, reboot your Raspberry Pi 4 and run the command again to check the performance of the speed.

Now you can experience the clock speed limit to 2.0GHz, isn’t something amazing.

STEP-6 Overspeed your Pi to the Next Level
To take the speed to 2.147GHZ, what we require to do is boost the gpu_freq by editing the config_txt file for one more time. For this time, we’ll set the arm_freq to 2147 and gpu_freq to 750 and to proceed with it, enter this command to the terminal-

So, save the file and press CTRL+O (press return) and CTRL+X to exit the Nano. And re-start the Raspberry Pi 4 again, run the vcgendcmd command again and as you can see the speed has been boosted to 2.147GHz.

Please Note- Some Raspberry Pi cannot shoot to this speed due to overheating or low voltage. It is not even possible to hold on the maximum speed for a longer time. So, it is recommended to settle the arm_freq=2000. Or do not take the process further to @.0GHz’s speed.

This way, you’ll be able to boost the speed up but know the extremes of your CPU then try and hit the speed rightly.