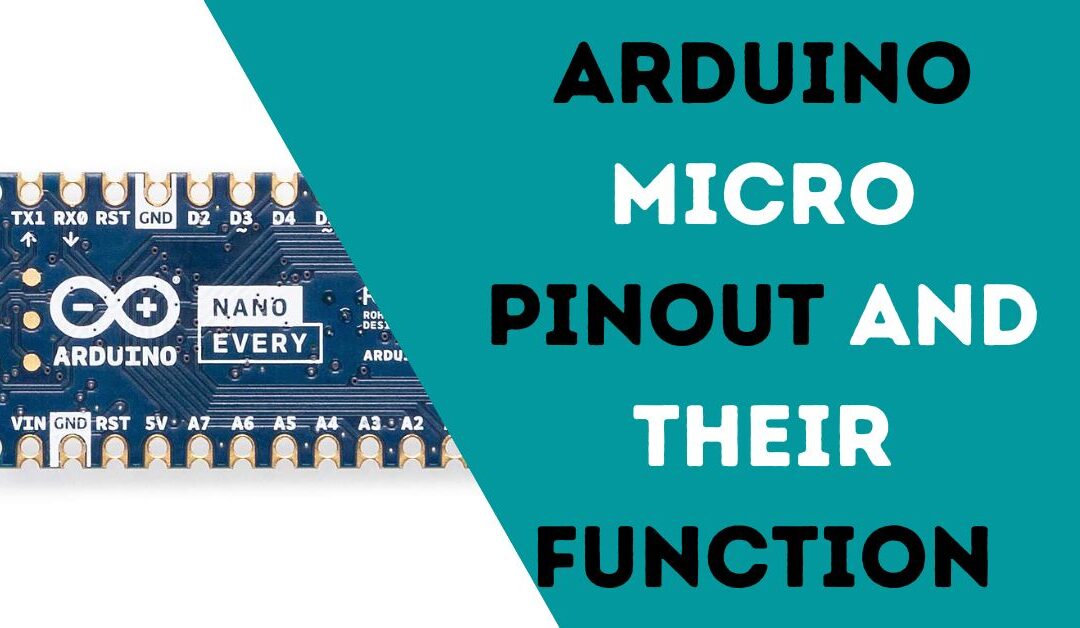 The Nano Every Board is the smallest board in the Arduino family with dimensions of 45x18mm and a weight under 5 grams. The low price and small size of this board make it an ideal pick for the range of electrical projects like electronic musical instruments, low-cost robots, and the general development of the small parts of large projects.

As compared to Arduino Nano Board, is a tiny powerful board that is based on the ATMega4809 AVR processor and has Random Access Memory(RAM) three times more than the Arduino nano.

The Arduino Nano Every has 2 variants:-

Arduino Nano Every Board Layout

It is an 8-bit AVL processor developed by Atmel. The ATMega4809 can run up to 20MHz.

The ATMega4809 chip consists of the latest features like efficient and flexible-power architecture, including Event System, Sleepwalking, precious analog features, and advanced peripherals.

The Nano Every consists of a Micro USB port while in Nano it has a Mini USB B port. This micro USB  board is used to power up the Nano Every board as well as to connect with a computer for flashing the code.

The Nano Every board comes with a RESET button which is used to reset the board and begin the execution of the program from the beginning.

The board consists of a LED that will light up when the board is connected to the computer or to the power supply.

An IN-Built LED is connected to pin number 13 on the board which can be controlled by switching the pin to high or low.

The Arduino Nano Every board consists of an RX and a TX LED which will light up whenever a receiving or transmitting of data takes place.

These two LEDs are connected to the UART pin RX(1) and  TX(0) respectively.

Specifications of Arduino Nano Every

These are the specifications of Arduino Nano Every.

The Arduino Nano Every board consists of 30 pins in total out of which 20 pins are digital input/output pins. From these 20 pins, 5 are Pulse Width Modulation(PWM) pins and 8 are analog pins. A reset button.

The pinout of Arduino Nano Every is discussed below.

The Vin pin is used as a voltage input pin which powers up the Arduino board. Once a certain amount of voltage is given to the board with the help of a micro USB port to power the board, this voltage also shows up at the Vin pin.

The 3v3 pin is used to generate the output voltage of 3 volts.

The 5v pin is used to generate regulated 5 volts outputs for the externally connected components. The power source of the 5v pin for the Arduino Nano Every board is the USB connector and Vin pin.

The GND pin is used as a ground pin. There are two ground pins available on Arduino Nano Every Board.

There are a total of 20 Input/Output pins present on Arduino Nano Every board can be used as an input or output. These pis operate at 5 volts.

PWM stands for Pulse Width Modulation. There are five PWM pins present on Arduino Nano on Every board which are 3,5,6,9 and 10.

These pins are used for converting digital signals into analog signals.

Each PWM pin produces 8 – bit PWM output. To generate the PWM output we have to use the syntax “analog write (PWM Pin, PWM value)”. PWM values vary between 0 volts to 255 volts.

The number of Analog Pins incorporated on Arduino Nano Every board is 8 labeled as AX where x is the pin number. All of the analog pins can also be utilized as digital I/O pins. The analog pins can receive any number of values while the digital pins only receive two values i.e, High or Low.

Communication Pins Of Arduino Nano Every

I2C is the two-wire serial communication protocol. The I2C protocol uses two pins for sending and receiving serial data as well as clock data. The two pins are the Serial clock pin(SCL) A5 and the Serial data pin(SDA) A4.

This pin is operated by both master and slave devices.

SPI stands for “Serial Peripheral Interface”. These pins are mainly used to carry out the communication between the microcontroller and the other peripheral devices such as sensors or shift registers efficiently and effectively.

The Arduino Nano Every board consists of 4 SPI Pins:-

The pins MOSI and MISO are employed to receive or send data by the microcontroller.

Programming of Arduino Nano Every Board

1) What can an Arduino Nano Every do?

Arduino Nano Every is suitable for making wearable inventions, low-cost robotics, and interactive projects. It is also used to create electronic musical instruments and is generally used to control smaller parts of larger projects.

2) Does Arduino Nano Every have WiFi?

No, Arduino Nano, Everyone does not have Wi-Fi or Bluetooth features.

The Arduino Nano Every is a pin equivalent and evolved version of the Arduino Nano. As compared to the Nano’s ATmega328p processor and 2 KB of RAM, Nano every comes with a powerful processor ATmega4809 (20Mhz) and 3 times larger RAM capacity of 6 KB than Arduino Nano for more details download the datasheet.

4) What are the actual voltage thresholds for digital I/O?