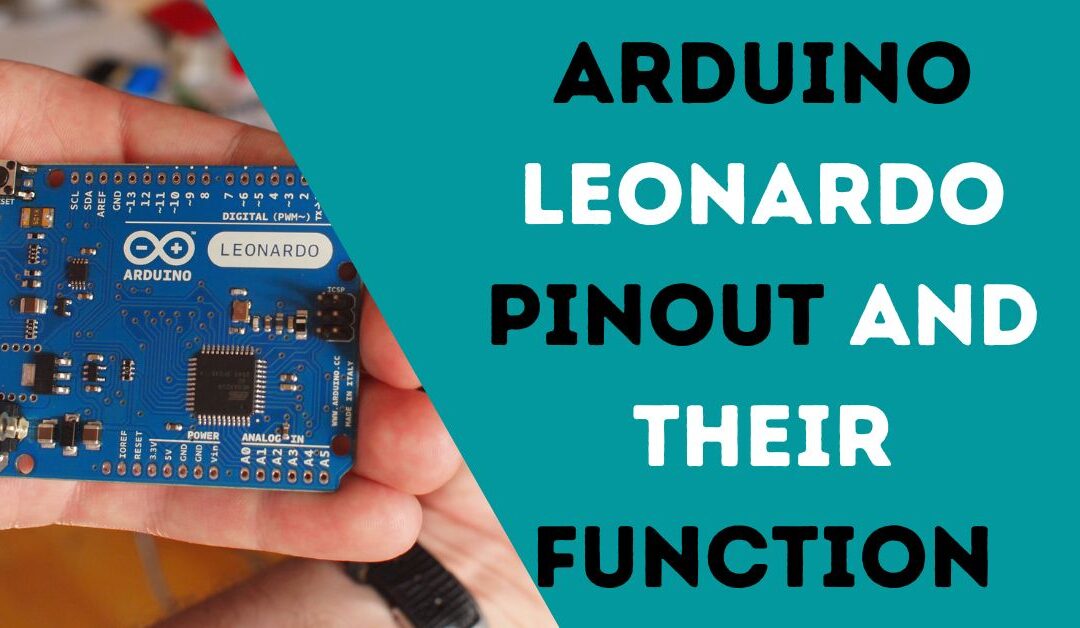 The Arduino Leonardo is one of the best boards provided by the Arduino platform.

It comes with the  ATmega32u4 controller that has built-in USB support.

The Arduino Leonardo contains everything that is needed to support the microcontrollers just connect it to a computer with a USB cable or power it with an AC-to-DC adapter or battery to get started. Arduino Leonardo is very much similar to Arduino UNO try Arduino Leonardo vs Uno comparison and comment down. There is a mini version of Arduino Leonardo available name Arduino, micro.

How does Arduino Leonardo work?

The ATmega32u4 is a high-performance, low-power AVR 8-bit microchip. It has 32 kilobytes of memory (of which 4 KB is used by the bootloader), 2.5 KB of SRAM, and 1 KB of EEPROM. Arduino Leonardo uses ATmega32u4 controllers for function.

The Crystal oscillator inside the board has a frequency of 16MHz, which generates the clock signal in the microcontroller. Its basic function is to provide basic timing and control to the board.

The Arduino Leonardo specifications are as follows

The Pinout diagram of Arduino Leonardo is given below

For communication purposes in Arduino Leonardo SCA and SDL, pins are given. We use pins A5 and A4 for the SCL and SDA respectively.

Digital Pins of the Arduino Leonardo

For connecting the digital devices with the Leonardo the Arduino has provided 14 pins from which Pin 0 and Pin 1 are used for transmitting and receiving of the data and are also called the communication pins.

As the word digital suggests it is associated with the data. According to this, the data will be in the form of 0 and 1.

There are 6 Pins provided in Arduino Leonardo which are used to connect analog devices having resolutions ranging from 0 – 1024. In terms of voltage, it will be 5Volts for 1024.

The Arduino Leonardo has provided two dedicated pins next to the AREF pin which is used for the data line and clock of the I2C devices.

However, we can use pins A4 and A5 as the SDA and SCL pins respectively for the devices that used I2C and TWI (Two Wire Interface) communication protocols.

There are three pins of ground are present, the first pin is for 5 volts, another pin is for 3.3 volts and the two pins are for giving the reference voltage for analog and digital devices.

For connecting the Arduino Leonardo board with the supply voltage there is one built-in USB port provided while for power supply purposes a jack is also provided.

The USB port can be used for power as well as to upload the code to the Arduino.

There are 6 header pins provided on the Arduino Leonardo board that is dedicated to in-circuit system programming (ICSP).

These pins are used by the microcontroller for communicating with one or more peripheral devices efficiently.

The Serial Peripheral Pins in Arduino Leonardo are present in the ICSP header, these pins SPI communication using SPI libraries.

IOREF: This pin represents the voltage at which the I/O pins of the board are operating

Connection and Firmware of Arduino Leonardo

Connecting the device requires a USB data cable that is connected to a PC or a  power supply from an external source.

For installing the Arduino Leonardo Driver

Following are the steps required to install the Arduino Leonardo driver:-

For flashing the device, it is needed to press the Upload button to load the software into the memory of the device automatically.

Then, the controller’s reset is initiated, which leads to the bootloader start which is responsible for receiving, saving, and starting the new software. For elevated steps, you can refer to this article.