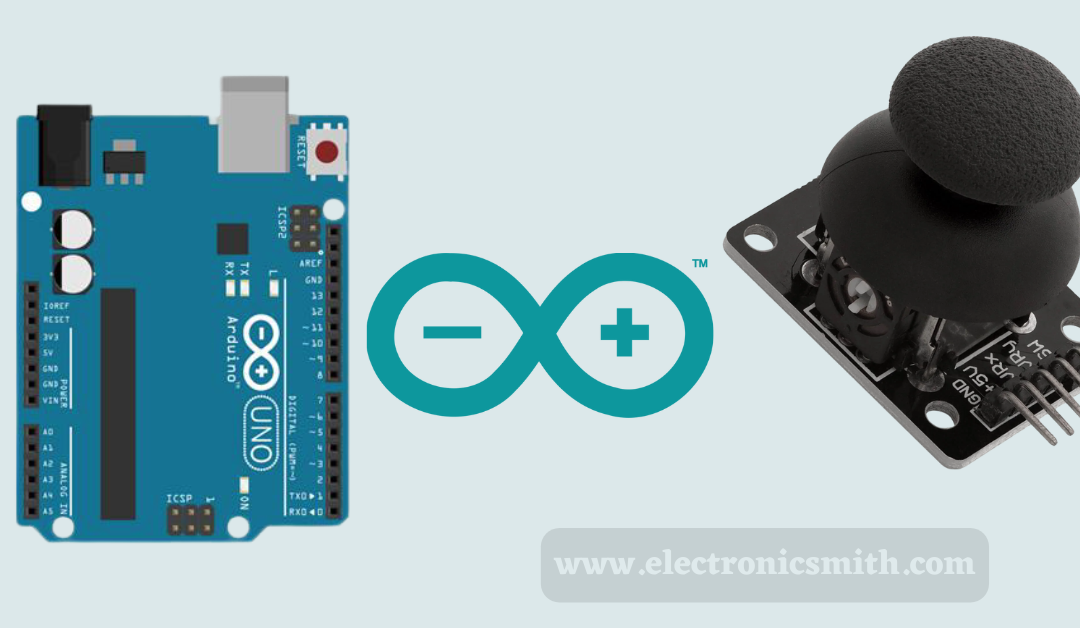 The information about it might be helpful for the gaming content, so it’s essential to have a strong understanding of it. In this article, you will get all the information about How 2-Axis Joystick Works & interfaces with Arduino + Processing. By the end, you would know about it all.

Two potentiometers and a gimbal mechanism are the foundation for how the regular joystick module operates. The Arduino board can more easily discern the Joystick’s position (right, left, up, and down) thanks to these two methods. very much similar to Rotary Encoder but it regains its original place.

Each shaft of the Joystick is attached to a separate potentiometer. These help to establish the rod’s location. The Arduino board’s analog values are translated into the position. As the physical position of the joystick is changed, the resistance of the potentiometer varies. They contain 5 channels of internal analog to digital converters. The only Arduino analog pins that can be used to measure analog signals are these.

The Joystick module is a fundamental self-centred spring-loaded module. It comprises a push button and two variable resistors. Pushbutton output can be either low state or high state, while variable resistor output is in the form of analog voltage.

The joystick module intends to give a microcontroller two-dimensional (x- and y-axis) motion. The push button at the centre is used to control the z-axis. When you depress the black cap, it turns on. This joystick module is similar to the PS2 available popularly.

The feature of this module includes the following:

Consisting of the 5 pins in the module, it works. Here are the details that are to be known:

GND, with its abbreviation, is connected to the ground terminal of Arduino or any other attached.

VCC, available in the Arduino, connects it to the 5-volt pin of it.

VRx provides voltage to the Joystick as well as manages the axis position of the joysticks,i.e., X- coordinate.

VRy, which provides voltage to the Joystick as well as manages the axis position of the joysticks,i.e., Y- coordinate.

The information required for the use of this module must be clear from the above-given points.

In short, simple words wiring up the 2-Axis Joystick is pretty easy. Just connect the +5V and GND pins to your Arduino’s power supply, and connect the X and Y axis pins to analog inputs 0 and 1.

Copy and upload the following code on your Arduino.

What is a 2-axis joystick?

A 2-axis joystick is a joystick that has two degrees of freedom. This means that it can move in two directions. The two directions are typically up and down, or left and right.

How do I interface a 2-axis joystick with Arduino?

switches instead of pots.

How do two-axis joysticks function?

The Y-axis shaft pivots to the left and right when the stick is tilted forward and backward. The X-axis shaft pivots when it is tilted left to right. Both shafts pivot as you move the stick in a diagonal motion. Each joystick shaft has a potentiometer attached, which interprets the rod position as analog measurements.

A joystick has how many axes?

A joystick must measure its location on the X-axis (left to right) and the Y-axis to transmit to the computer the full range of motion (up and down). The stick is precisely located using the X-Y coordinates, much like in elementary geometry.

What does a joystick output mean?

The output value of the X terminal and Y terminal is Center (2.5V) of the designated range when the Joystick is in the idle position (0V to 5V). The output values fluctuate between the lowest limit (0 V) and the maximum limit in response to holder movement (5V).

What do a controller’s axes represent?